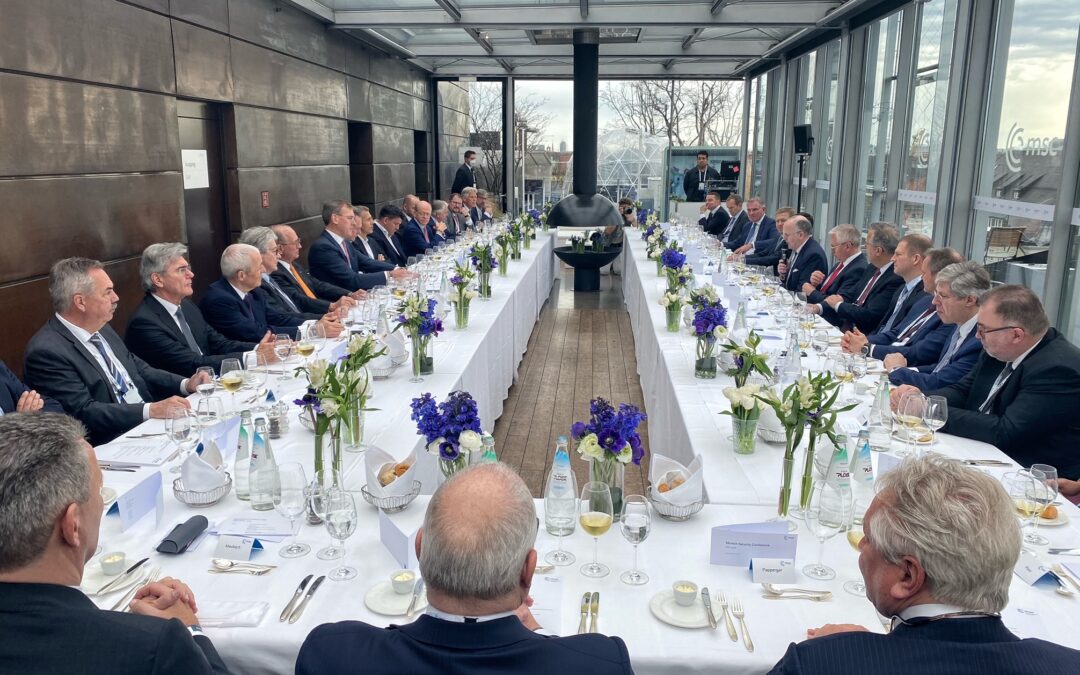 Diversity is becoming the new norm according to the German Zukunftsinstitut in its megatrend survey. Megatrends are said to last for at least a decade which means – the topic will stick with us into the 2030s.

But let’s start with the basics: what is diversity and why is it so important today?

Diversity means variety and multiplicity. In current social discourse, the term diversity focuses on socially determined differences such as age, skin color, gender, ethnic origin, religion and ideology, sexual orientation and disability. Nowadays, diversity is highly recognized as a requirement for optimal organizational performance. And still, pictures like the CEO Business Lunch at the Munich Security Conference showing only white men are (way) too common.

You may also wonder why diversity is needed. Studies (e.g. take this from HBR) showed that a more diverse workforce improves the overall financial performance of the organizations by, for example, reducing the turnover of employees and retaining more talents. In addition, diverse teams bring different points of view to debates and problem-solving to enhance decision-making and increase group performance. Overall diversity is strongly linked to increased innovation.

So far, so good. But how does it all apply to the diversity in media?

Media needs and wants to be representative in their journalistic output. This is – what the director general of Deutsche Welle is saying:

“An editorial team loses credibility if it doesn’t represent diversity in its many forms: gender, ethnicity, sexual orientation, disability, and different world views. Credibility is the most important currency in journalism.”

In conclusion: The more diverse newsrooms are the better it builds the audience’s trust and reduces mental barriers. Hence, diversity helps to make news organizations and their output relatable, sustainable and profitable for the future.

Still, the reality looks different. Male (white) voices are still dominating the news. Studies of news coverage worldwide have consistently found that more than 70% of people seen, quoted, and heard in the news are men, while women make up less than 30%, and if it comes to “expert” sources – 80% of them were male (cp. IWMF). In a recent news study in Germany, numbers have shown that people with a migration background are not often seen at TV news and people with (visual) disabilities hardly appear ever (cp. neuemedienmacher.de). This “denial” of cultural richness can lead to wrongful impressions of society and robs communities of their visibility. It can even lead to damage democracy if the media doesn’t do a better job of being diverse, inclusive and equitable.

What Tech / AI can do for more diverse media representation?

There are already some solutions and strategies in place. For example, National Public Radio in Washington implemented “Dubbed Dex” in 2021. The tool gathers the submitted information about the sources, like ethnicity, gender identity, age and geographic location. By doing this, it tracks source diversity as a part of the newsgathering process. Another example is the European Broadcast Union (EBU) which has elevated Diversity Equity and Inclusion (DEI) to a strategic initiative and assigned a Diversity, Equity & Inclusion Officer to ensure the implementation.

SELMA is also working on an AI driven solution to include many aspects of diversity (“counting diversity”) during the media monitoring process.  The idea is to automatically identify the attributes of the speakers and protagonists: such as gender, age, or social background with the help of Text Mining, NLP, as well as speaker diarization and recognition. Results are being shown in a dashboard and aim to help media and newsroom to produce output which reflects the diversity of their audiences. Last but not least, we aim to offer this diversity service for all 32 DW languages using machine translation. Here you find out more about the SELMA Use Cases.

Stay tuned and join us for more diverse representation in media monitoring and media production. You find frequent updates on our Twitter Channel.